Ex-Formula 2 racer Alesi climbed to the premium GT500 seat in the TOM’S GR Supra #36 alongside defending champion Tsuboi, while also ascending to full-time Super Formula as a replacement for now retired Kazuki Nakajima.

However, Alesi has only finished inside the points once so far in six Super Formula races, finishing eighth in the second round of the season at Fuji Speedway.

In the SUPER GT, he struggled to keep up with teammate Tsuboi’s pace, even though the duo at least secured a podium finish in May’s second round at Fuji which was cut short by a massive Nissan Mitsunori Takaboshi crash, scoring half a point.

While acknowledging that his second campaign in Japan so far has not lived up to expectations, Alessi believes a transformation of form is still within reach.

“It wasn’t great in terms of results, I wanted more and so did the team,” Alessi told Motorsport.com ahead of the fourth round of the SUPER GT season at Fuji.

“It’s just all about figuring out where we can find some uptime and especially more consistency. I’m not losing hope, I’m still confident I have the ability to deliver results.”

“TOM’S has always been about winning in the past, so I think we have the package; it’s just about improving everything and putting everything together.

“There was always something wrong and that affected the results. We have to keep working and I am sure we will get there.”

Alesi’s problems in the Super Formula were exacerbated by the strong level of his teammate Ritomo Miyata, who scored 40 points with a series of consistent finishing touches compared to Alesi’s three-point score.

But the Frenchman said he was able to get encouragement from the latest Super Formula race at Fuji last month, only running inside points due to a gearbox problem during his pit stop to cut back his race.

“It wasn’t perfect but it was a step forward and I was happy with that,” he said. We were trying to change a few things [on the set-up]But it is better not to change too much because the behavior of the car can change a lot.

“It’s a very sensitive car, so it’s just small steps we need to make. We just need to put everything together and then I think we’ll be there.”

Alesi earned a penalty in the last SUPER GT race at Suzuka for overtaking under yellow flags, but feels he is getting steadily closer to his teammate Tsuboi.

“I had trouble seeing the yellow flag to be honest,” he admitted. “I feel the penalty was a bit harsh, but obviously I apologized to the team, because regardless of whether you see it or not, the end result is what counts.

“I feel like I’m missing something in qualifying, and it has a lot to do with that feeling [new] tires, but the racing speed seems to be getting better and better.” 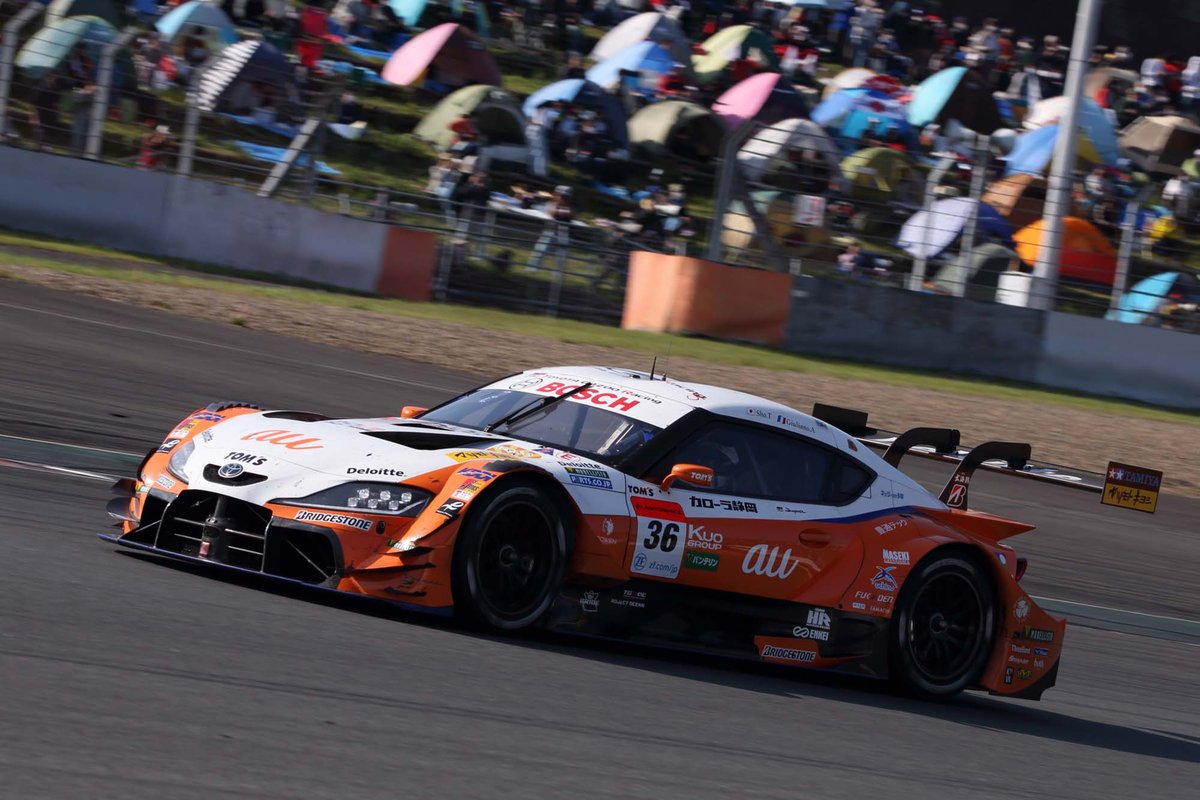 Alesi and Tsuboi head to the Fuji SUPER GT race this weekend with 27kg of success weight on the GR Supra, and the entry-level GT500 feels a first victory can be achieved at Toyota headquarters.

“It’s about maximizing what you have at the time,” Alessi said. “If we can do it here, we must fight for victory. It is our duty as drivers to bring that together.”